How Soundwalks Are Helping Me Appreciate My Surroundings At this moment, sitting in my apartment next to an open window, I can hear cars passing, birds chirping, my upstairs neighbor handling dishes, and the ticking of a wristwatch that my mother gifted me. I wonder how much of that minutiae I miss when I don’t actively try—these sounds feel so different from the imposing ones that accost us daily: the exorbitant volume of television commercials, the digitized ping of incoming emails, the truncated audio of nearly every other post on Instagram, a once-photo-based app.

Both types of sound populate our spaces every day and yet only one feels intrusive. I’ve wondered if we could intentionally counter them, or at least strike a balance. Turns out, we can.

Coined in the 1970s by Canadian composer and environmentalist R. Murray Schafer, the term soundwalk is defined by fellow composer and professor Hildegard Westerkamp as “any excursion whose main purpose is listening to the environment.” The pair recognized modern day’s increasingly mechanized sounds as a threat to the oft-unnoticed ones, and feared the latter could disappear entirely if we don’t listen—with attention.

Westerkamp also noted that trying to ignore the input of the loud and meaningless would be fruitless (our brains want to process information, folks), and instead suggested that we take control of our unconscious consumption by, well, “compensat[ing].”

Soundwalks can take all sorts of forms. For children, a game of “I Spy” or a printed picture list can help them identify their environment. For adults, a simple map may do the trick—though we can just as easily do one aimlessly. Westerkamp herself designed one for Vancouver’s Queen Elizabeth Park, encouraging participants to take a path from the parking lot, past the water fountains, and toward an echoing quarry, providing provoking prompts along the way.

She reminds us that this concept isn’t new; throughout history and now, there are societies who live in dialogue with nature and rely on their understanding of it in order to survive. And for rural communities, being in close proximity to nature is likely the norm. It’s our mindfulness that can make the difference. In increasingly industrialized environments, a soundwalk can serve as a form of meditation or movement.

While it might seem counterintuitive, technology can too be incorporated via headphones and pre-recorded audio tours. Pulitzer Prize-winning composer Ellen Reid crafted musical works for natural spaces from California to Greece in which the music that the user hears is dictated by the path they take. And Gesso, a GPS-triggered app, guides listeners through cities with audio content based on their location.

My fiancé loves to take walks to clear his mind. I prefer a nap but, alas, that apparently doesn’t constitute an excursion. So off I go.

In an attempt to truly connect with nature and nothing else, I opted to take my first soundwalk around my neighborhood without my cellphone, AirPods, easily distracted terrier, or a map. I only brought a notebook and pen so as not to rely on my waning attention span.

First, I listen to myself—my own body—and am surprised at how silently it moves; I can only credit my parents for not allowing me to drag my feet when I was younger! Walking my residential street, I’m startled at how quiet it seems; I hear a large bird’s wings flap above me, turn to see it taking off from a power line, and wonder if I would have ever been alert enough to hear such a sound, without such a walk.

But upon turning onto a major thoroughfare, I am astounded (and then annoyed) at how little else can be heard through all the vehicles and machines. The cars rolling to a stop with squealing brakes, the rumbling of their subsequent acceleration. The cautionary and continuous beeping of trash trucks, “walk” signals, and car alarms. Leaf blowers and landscaping tools. Bangs and clangs of nearby construction. OutKast’s “Rosa Parks” spilling onto the sidewalk from a cafe speaker. And when I attempt once to close my eyes to detect the farthest sound I could, a siren begins wailing so soon it’s almost comical.

I immediately understand the composers’ concern about the omnipresence of automation. I’m stunned at how natural it all isn’t.

I find myself almost subconsciously moving towards spaces I can recall being more euphonious. Turning back onto a residential street, I hear a passing conversation between friends and feel a sense of relief. I hear Reggaeton playing from an Amazon truck. I think about sitting on a bench at a dog park, but remember I’m wearing white pants. (That’s my bad.) But, finally, bird chirping is the primary buzz again.

I’d only planned to walk for 20 minutes but I didn’t return home until more than a half-hour later. My very first soundwalk and I’d already discovered sounds I can identify without seeing them: a fallen leaf moving like a tumbleweed down a street. Sounds I can only discern because of sight: a garment bag blowing in the breeze over a customer’s shoulder. Sounds I thought might emanate but didn’t: a jacaranda flower bulb hitting the ground after floating from a tree.

My first walk made clear what sounds I don’t enjoy and which I seek. I craved human laughter, bubbling water, and panting pups. Rustling leaves and coffee shop banter. It reinforced (and explained) my love for parks. And I’ve done several more since.

Schafer likens the world to a huge, miraculous composition, and we the composers. “We can improve it or we can destroy it,” he says. “We can add more noises or we can add more beautiful sounds. It’s all up to us.”

Ready to take your very own soundwalk? Feel free to lie down in your living room or at your local park and see what you can discover. Here are a few questions—edited for this piece using Westerkamp’s Queen Victoria prompts—to help you get started:

For a comprehensive catalog of soundwalks, go here!

Danielle Cheesman is the Partnerships Lead at The Good Trade. Though born and raised in New Jersey, she’s now based in Los Angeles where you can find her taking pictures, making playlists, or cuddling her pup. Say hi on Instagram! 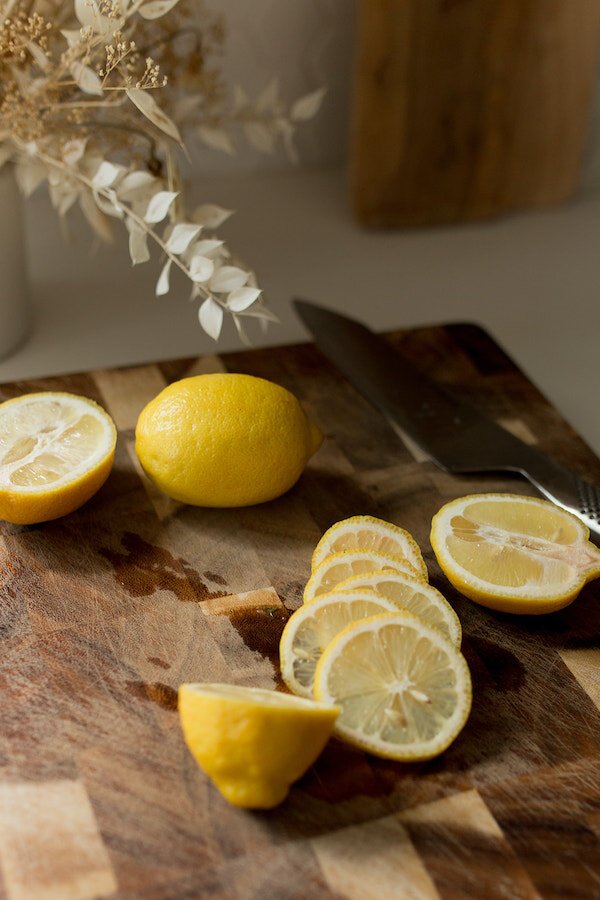 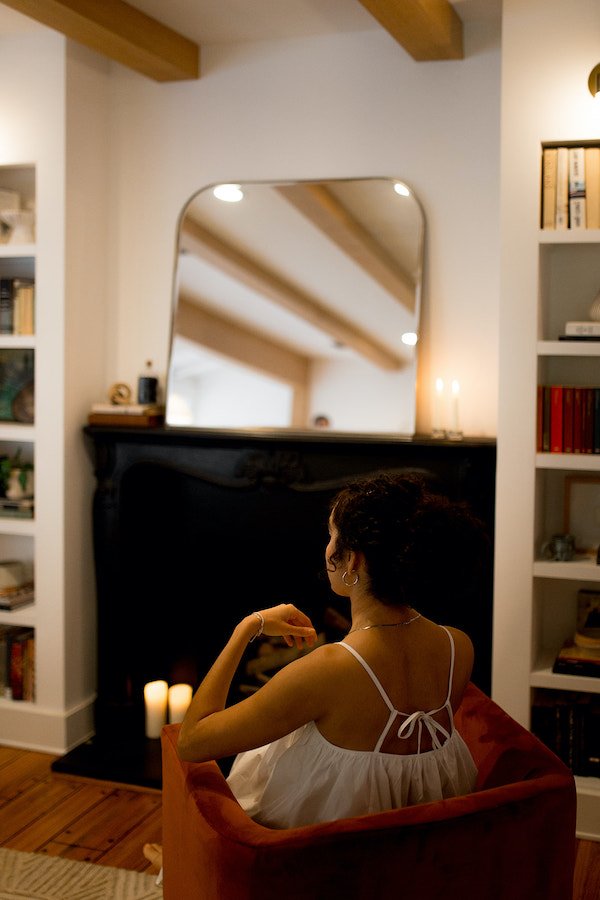 Self
What Is Manifestation?
Self
Self 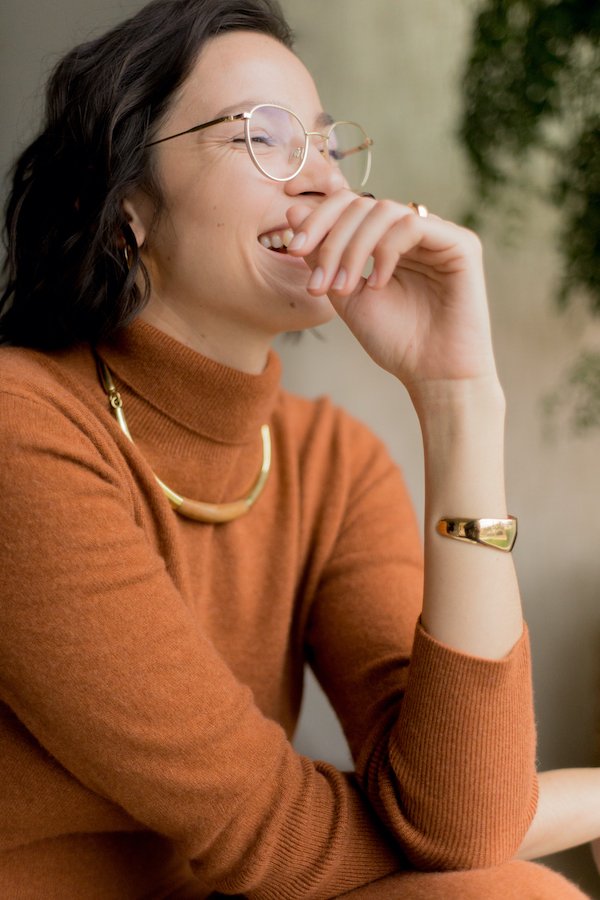 Self
99 Ways To Invest In Your Future
Self
Self Self
How To Be More Resilient
Self
Self